Swerve is the sixth episode of the fifth season, and the sixty-ninth overall episode of Friday Night Lights television series. It aired on December 8th, 2010.

A popular magazine hails Coach Taylor as the "Kingmaker." Vince's past catches up to him. Luke reacts to the truth. A suspicious accident delays Julie's return to college. 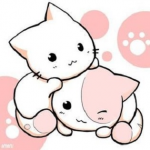